"Where The Light Comes In" Live Recording by Darrell Adcock

Today in the library, while reading the introduction to Brennan Manning's newest, "the furious longing of God," I heard a child of about six quietly whispering.... mommmyyyy. mommyyy. Walking slowly toward me, looking down each towering aisle of books he continued ever so softly... mommyyyyy.

All of is this happened in just a matter of a few heartbeats, but even as quiet as though he was, his mother's head snapped around a row of books and gently called his name. A mother's ear is tuned to the voice of her children.

I can imagine their conversation as they walk up the front steps. Now as we go into the library, we have to whisper and be very quiet. He had obviously heard this many times and the lad had learned his lesson well. And Mom had done a good job instructing her obedient son. But I could easily tell she was the kind of mom who didn't need her son to call to her. Sensing a "tremor in the force" only a second later she would have felt the absence of her child and gone quickly to find him.

We don't often speak of the Motherliness of God, but Scripture does. Matthew 23:37, in speaking of God's chosen nation, "how often I have longed to gather your children together, as a hen gathers her chicks under her wings..." What a tender picture of the longing heart of God.

God's heart and affection are for us. He not only loves us. He likes us. Go limp in His lap. Rest your head against His chest and fall asleep to the gentle thump of a Heart that beats for you.

This 10-minute video by Randy Nelson, Dean of Pixar University, captured my fascination; a great study in effective communication. Well worth the time!

Check out what's being planned for this coming Sunday! 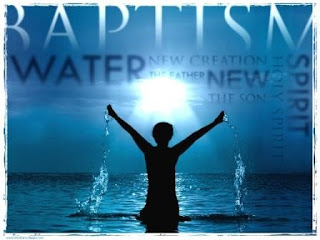 Today, we invited people to follow Christ through Baptism and come to a baptism class immediately following each service. To be honest, I had no idea how many people would come. This is the first we've talked about it to our church.

Ricky Blair, our Video Director, made an awesome video highlighting some of the baptisms we've had since moving into our new facility. Some of my favorites were from the Men's Prison. God is doing amazing things there (keep praying ~ there may be some awesome news coming any day now).

The Classes: We had about 30 people after first service and nearly 50 after second! 22 people signed up to be baptized on Nov. 30th (a service of worship and baptisms). And we're just getting started. So many people told us they were going to bring their "stuff" back next week.

What about you? Have you followed Christ through baptism? Need information? Email me: darrell.adcock@fellowshiponline.com
at 6:38 PM No comments:

If you're a singer or player, maybe you can relate to my dreams as a kid. Imagine it. You have your tickets to see your favorite group. You know there's a chance he might walk into the crowd, stick a mic in your face prompting you to sing a verse. Or maybe. Just maybe the keyboard player will become violently ill and they'll need you to step in and save the concert. [Yeah, I had the horn parts down for ["Trumpet of Jesus"!]

For me (in high school and college) it was Russ Taff and the Imperials. They forever changed CCM. For those of you who don't know, Russ Taff is the Steve Perry of Christian music ~ the quintessential male rock voice.

Tim Miller called Monday telling me his father, Jay Miller, had passed away early that morning. I told him how sorry I was and asked if there was anything I could do to help. He called me the next day. Russ Taff was a close friend of family and would be singing. Could I learn the songs and come play for him? Of course, I said.

It wasn't until later when this rush of embarrassed emotion came flooding over me. Instantly I felt 17 again. Not only was I going to meet Russ Taff, I was going to play for him!

Now, I've been playing and singing in front of people for 30 years. (37, if you count that whole "VonAdcock-Family-Singers" thing Mom put us through when I was 7. Probably still have the matching shirts she sewed us!) While there's always that adrenaline when you're on stage, I don't get that "fingers shaking, panicky sweaty" feeling anymore... until yesterday. It totally caught me off guard!

I have friends who never want to meet their "hero" because he'll never measure up. I'm proud to say, I'm glad I got to know this one.

SONGLIST: "Unto The Lamb" and "Kathryn's Song"

Russ Taff, winner of 7 Grammy Awards, member of the Gospel Music Hall of Fame, can be seen frequently on the Gaither Homecoming Tours and television.

Darrell Adcock
Grew up in California around music my entire life. I have a knack for synthesizing concepts and processes ~ reengineering.